Four cars (all lefthanders) were shipped in AUgust 1963 to Belgium via Antwerp. Two S500 were intended for training and testing while the two other cars were scheduled for the actual Liège-Sofia-Liège rally. They were white with hardtop and black interior.

The new Honda S500 entered the European market! The car was clearly evolved from motorcycle lineage, which, being a Honda, was a definite plus. It was a larger displacement variant of the S360 roadster which, though developed for sale in 1962, was never produced. One S500 was driven by the Belgium team Henri Quernette-Jean Pierre Guyette (nr.78) , and the other one was driven by a Japanese team Suzuki-Koga (nr.58).

The engine was a dual overhead cam straight-4 with four carburetors and a red line at 9500 rpm. Originally intended to displace 492 cc, the production version was 531 cc and produced 44 hp at 8000 rpm. Weighing just 680 kg, the tiny S500 could hit 129 km/h using its 4-speed manual transmission with chain drive (!) at the rear wheels. Both cars had Belgium registration plates and had a fiberglass hardtop .

This race was important enough for Soichiro Honda to encourage Nobuo Koga and Giichi Suzuki with their S500 before the race took off. Suzuki was former world champion in the 125cc class on the Isle of Man!

Japanese companies do things in a well prepared way! In the picture gallery you can see the Honda (FE892) during the reconnaissance of the road. During these test drives it became clear that the standard Honda’s were not ready for the Yougoslavian roads. The suspension of both cars broke down. They decided to leave the cars in a local garage so that they could use them as source of spare parts during the actual race.

Upon return of a instructive but not 100% successful recce, the team decided to strengthen the front and rear suspension of the standard Honda cars. Stronger springs and stronger stabilisation bars were necessary and were installed in Belgium.

The little cars were now better prepared for the gruelling task, but still it was not going to be easy. Henri Quernette and Jean-Pierre Guyette (78) with Belgium registration W.3070 made use of these Yugoslavian donor cars. They also fixed a broken radiator… They did well, but eventually they were put out of the race at checkpoint 17 in Perast since they had exceeded the allowed time limit.

The outcome for the other Honda team Nobuo Koga and Giichi Suzuki, turned into a disaster. 20 km beyond Ljubljana, in northern Yugoslavia (Slovenia), the Honda, driven by Suzuki, hurtled, overturned, off the road in a 3 meter deep ditch. The 32 year young Suzuki was killed by the impact, but Koga was not hurt. The car was badly damaged. The Honda was in collision with a car driven by a French tourist coming in the opposite direction from Zagreb. Apparently, the bumper from the Honda hit the other car.

Koga was reported missing by the Yugoslavian authorities after the accident. Koga, not aware that he was still needed for the official investigation was stopped at the border when traveling back to Belgium. After he testified in Ljubljana, he was free to continue his journey .

This drama reminded everybody yet again, that motor sport, and the Liege-Sofia-Liege was not without danger.

Despite the tragic ending for Suzuki, Honda entered a new Honda S600 for the 1964 edition of Spa-Sofia-Liege. Koga and Quernette were the experienced drivers... 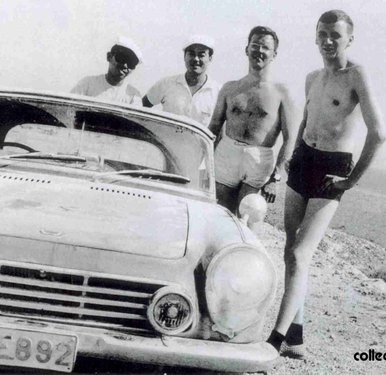 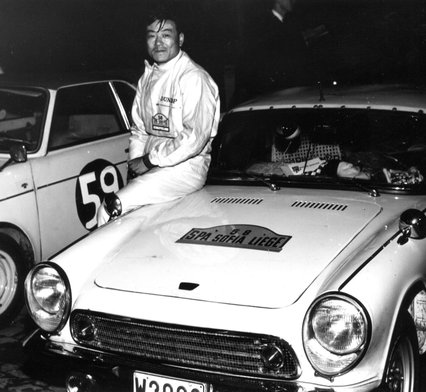 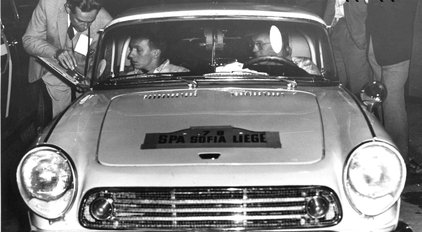 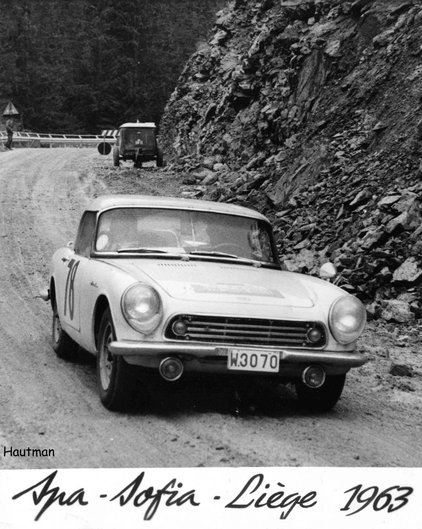 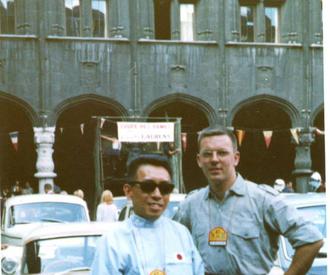 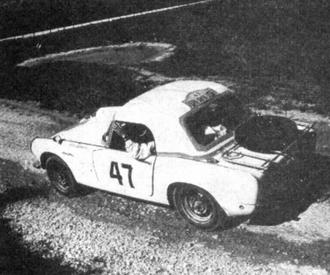 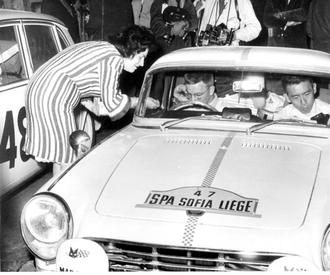 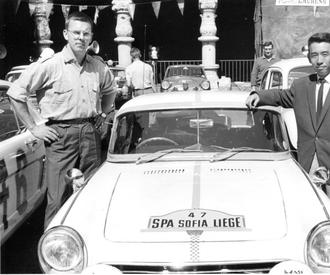 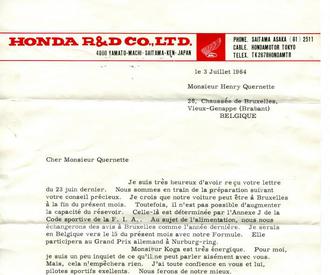 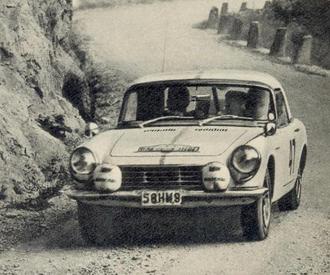 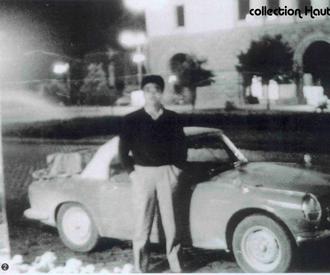 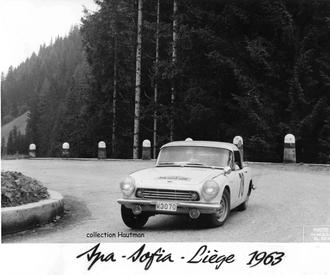 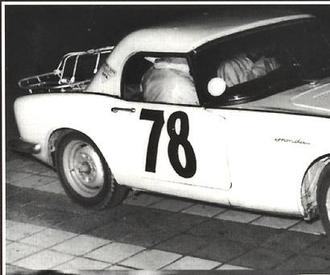 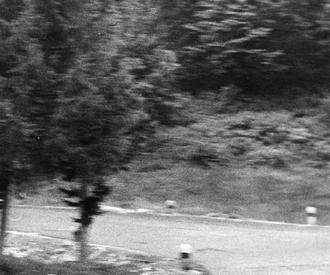 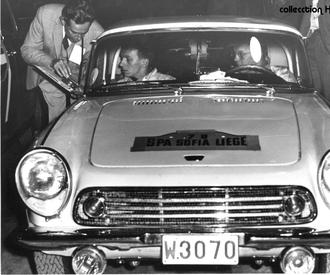 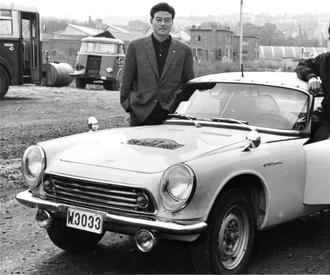 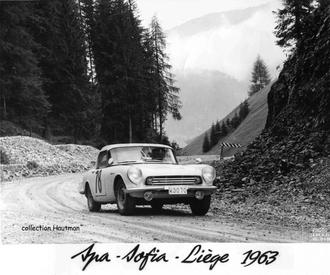 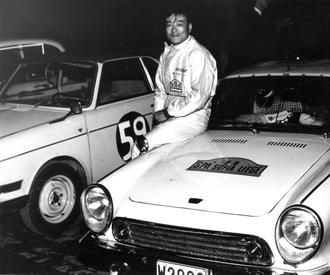 1963: Nobuo Koga/Giichi Suzuki
on the left: the only BMW that ever participated in the Liege-Sofia-Liege 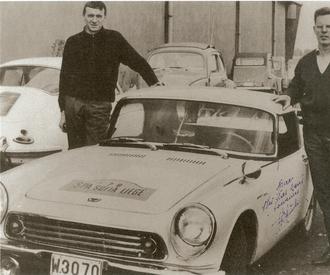 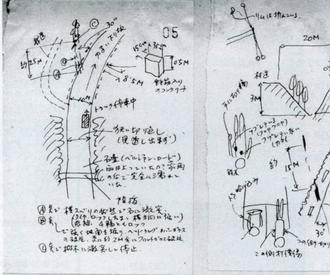 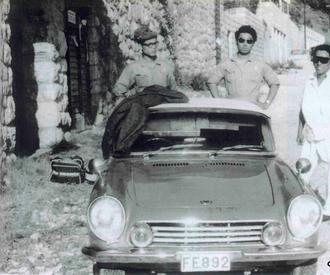 1963: recce: Do notice the Air France plastic bag on the left side of the vehicle. It looks pretty warm that day. 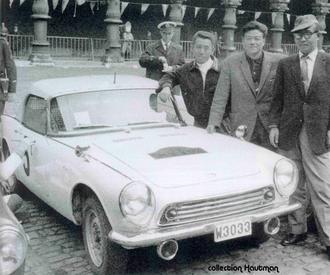 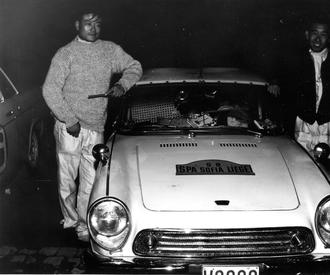 1963: Nobuo Koga/Giichi Suzuki, some minutes before the real start... 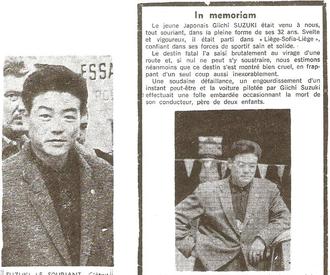 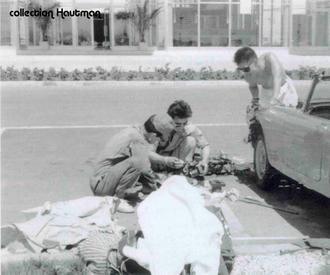 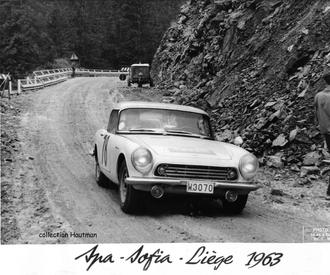 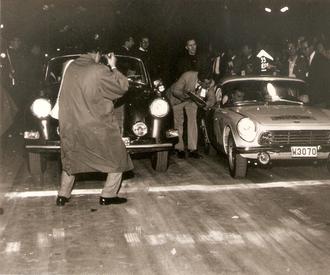